Bybee Lakes Hope Center will soon go from 126 available beds to 318 available beds. This is a much-needed and big boost to the emergency shelter located in North Portland, formally owned by Multnomah County and referred to as the Wapato Jail. United Way of Columbia Willamette is giving the Bybee Lakes Center $1.2 million to find the expansion. The money comes from a $20 million gift United Way received from McKenzie Scott, the ex-wife of Amazon founder Jeff Bezos. 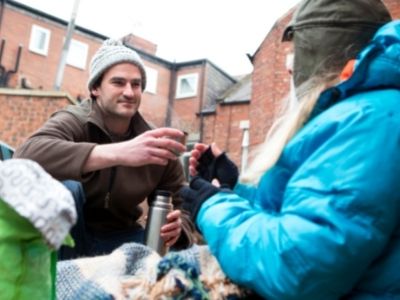 The CEO of United Way, Cindy Adams, said that United Way is aware of housing stability as a key contributor to family resiliency in Portland. United Way hopes that their support of the Bybee Lakes Hope Center will more than double the number of individuals who can transition from houselessness to having a sustainable living environment. Cindy Adams also stated that housing stability is fundamental to positive education outcomes for kids and health and employment outcomes for individuals and families alike. The gift comes with an underlying simmering tension in how area government leaders are addressing the current homeless situation in the city of Portland.

Cindy Adams recently joined the board of the Bybee Lakes Hope Center resigning from the executive board of a Home for Everyone, an organization that is overseeing a $2.5 billion amount raised by the 10-year supportive housing services measure. She’s leaving behind some frustration over a lack of urgency in the effort to move on to a more positive and active role in helping the Portland housing situation.

Multnomah County is reluctant to turn the center into a shelter and the funds have been there since 1996, but never used by the county for turning the complex into beds for the homeless. Instead, the county opted to sell the building in 2018 to a developer and since then that developer has aggressively moved ahead with the Bybee project with the help of state senator Betsey Johnson.

The Bybee Lakes Hope Center is said to be a perfect example of different sectors coming together to work for a greater cause including government, nonprofit, private philanthropy, and more stepping up to find solutions to important challenges in Oregon, especially in Portland, that continue to grow. They will hopefully become better as efforts grow to combat it.

Perhaps the greatest part about the center is that it aims not to just provide a temporary place for someone without a roof over their head to sleep in comfort, but has the added goals of helping those in the shelter to transition out of their current state of houselessness into a stable environment where they can thrive. The hope of many running the project is to get individuals and families alike into a more stable housing situation and provide a better quality of life for several Portland residents. Hopefully, this gift from Amazon via McKenzie Scott and the United Way will make a big impact in the lives of several Portland families and individuals.