Portland is rewriting its historic preservation rules to determine what's worth protecting and what's just plain old. For a quarter of a century, the city has used the National Register of Historic Places as the main guidepost of what's protected from demolition or radical renovation. But preservationists have a problem with that approach claiming that adding a property to the register is too slow and costly to effectively protect all the buildings that are worth saving. 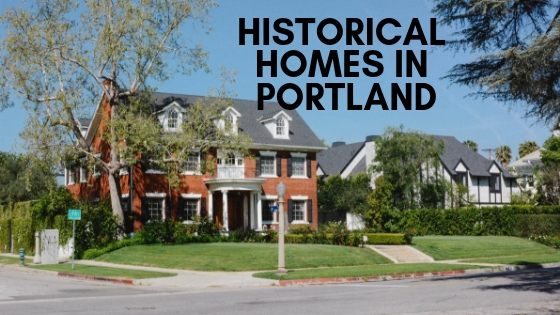 Affluent neighborhoods such as Eastmoreland and Laurelhurst, have nominated themselves as historic districts to avoid any home demolitions regardless of the condition. This is led to a higher density of populations in these neighborhoods, which technically subverts the city's density goals.

While the government doesn't have any restrictions on the use or demolition of the property on the register, the city does. Alterations to certain properties are prohibited and demolitions must be preapproved by the City Council. Basically, they're looking for locals to make the decision on whether or not a building qualifies for historical purposes. This would allow the city to designate its own landmarks and districts, instead of requiring the owner's consent for historic designation. This means a rewrite of the local laws as they are now. Protections for districts and buildings that are already listed in the National Register would not be affected but the proposed code doesn't mean anything for those that want their entire neighborhood preserved.

For instance, new laws would eliminate parking requirements for designated historic resources and allow owners to divide single-family homes into several apartments. The rule would also allow property owners to build additional structures on the property and some historical commercial buildings can be used for business even if they are in a residential zone.

This would also open up historical buildings to more people than if they were just private or single-family houses. The more people that use the system the more successful the program will be. This new city code would basically have two levels of protection rather than the one system for the National Register. The less restrictive conservation landmark or district is for a collection of buildings and the historic landmark or district would require City Council approval to demolish any historical buildings and alterations.

We sell a lot of historical homes throughout downtown Portland and many people are looking for these types of homes specifically for the protection they provide.