Portland is well on its way to be the metaphor contemporary and modern design but we still have some tried-and-true historical neighborhoods that are preserving the culture of where Portland has come. Our beautiful city of roses has seen numerous era transformations over the last century but on Portland’s east side, several historical neighborhoods push through the modern fanfare to provide historical lovers a treasure trove of deep wood work, magnificent staircases, clawfoot tubs, and exquisite crown molding.

There are several historical neighborhoods throughout the East side of Portland; here is just a small sampling.

Ladd’s Addition; this smaller neighborhood is located on the east side of the Willamette River just South of the Buckman neighborhood. It’s a unique several blocks that center around Ladd’s Rose Garden Circle and Square with diagonal streets heading out in four different directions from the center point. This was Portland’s first planned community and is considered one of the National Historical Districts in Portland. It was subdivided in 1891 to create a modern development with homes and estates offering the newest in technologies such as gas and electricity. The neighborhood itself is spread out in a radial street pattern from the center traffic circle and Park outward. Most of the homes in Ladd’s Addition were built between 1905 and 1930 with formal rose gardens, stately elms and enormous front porches. Homes in Ladd’s Addition (also known as Hosford Abernathy) range in price from $350,000 to well over $700,000 for these historical type homes.

Laurelhurst; the Laurelhurst district is located just Northeast of Ladd’s Addition and also offers its own collection of streets and avenues that curve around the center intersection of 39th Ave. and Glisan Street. This neighborhood sits just South of Interstate 84 and North of stark Street stretching from the Providence Portland medical center to Oregon Park. Most of the homes in this area were built between 1900 and 1930 with a lot of its population growth during the 1905 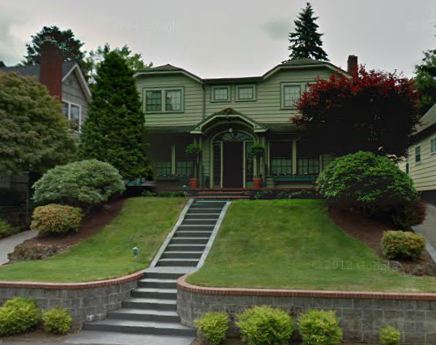 Lewis and Clark exposition. This was designed to be a high class residents neighborhood were only single-family homes were allowed and had to meet certain building requirements and costs. These 400+ acres provides a collection of gently curving streets, radial and concentric avenues with an array of early 20th century historical homes and craftsman style bungalows. Home prices in Laurelhurst start at about $300,000 and can go as high as over $1.3 million depending on size and style. Many homes offer over 5000 ft.² with five or six bedroom layouts.

While this is just a small sample of Portland’s historical neighborhoods and districts, there are several others in South Portland and on the east side of the river. If you would like more information or are interested in touring any of the current homes for sale in Portland’s historical districts please contact me today

Check out some of our other neighborhoods:

Best neighborhoods in Portland for foodies