Multnomah County Oregon is one of 36 counties in the state and is home to the Portland Metropolitan area. It’s the most populated county and Portland is the county seat with an estimated County population of over 735,000 residents. Originally founded in 1854, and once a part of the Eastern part of Washington, Multnomah County was named after Native American people recorded in the journals of the Lewis and Clark expedition called the "Mulknomans". 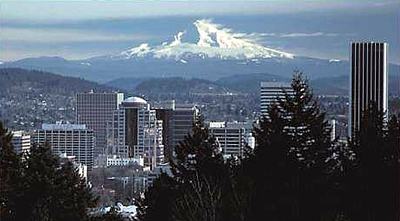 Multnomah is surrounded by Clark County Washington, Skamania County, Hood River, Clackamas, Washington County and Columbia County to the Northwest. Since Oregon doesn’t have a sales tax many folks from neighboring Washington State and around the Vancouver area frequently shop in Multnomah County. There are dozens of tourist attractions and local events in Multnomah County such as OMSI, the Portland Art Museum, the Rose Garden, Washington Park Zoo, the Chinese and Japanese Gardens and Pittock Mansion.

Read more: Where Should I Live in Portland?

Prices of homes in Multnomah County have started to rise over the last 6 to 8 months and there has been less inventory which creates more of a demand on the homes and properties. Sellers are finding that their homes are not underwater anymore and now’s a great time to be selling. There are fewer foreclosures and more short sales instead. Buyers can still get a great deal in a Portland short sale or Multnomah County short sale but they shouldn’t wait too long if they’re interested. Homes are sitting on the market far less than they were just two years ago.

Let me know if you’re interested in either buying or selling homes or property anywhere in the Multnomah and Washington County areas.

Your Source for Where to Live in Portland