In 2001, the city of Portland and private investors spent nearly $40 million to renovate what is now Providence Park for minor league baseball and soccer. The deal was a disaster, costing investors millions and leaving taxpayers on the hook for $28.5 million in debt. 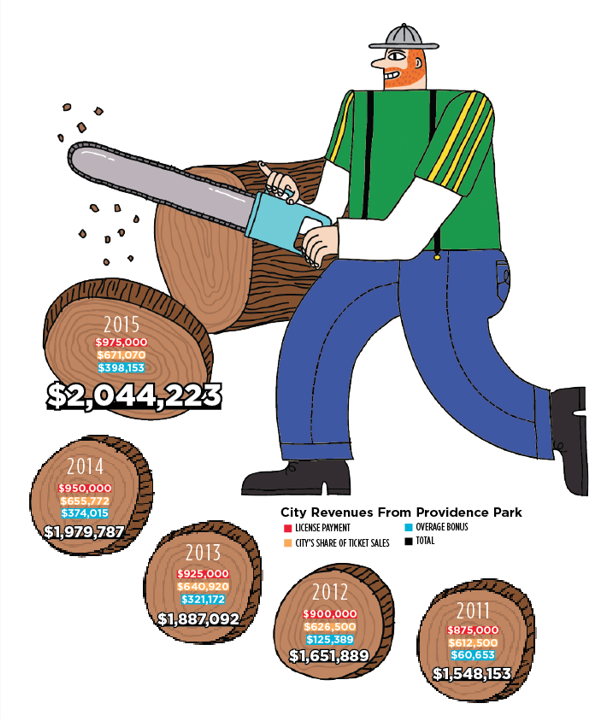 When Timbers owner Merritt Paulson came to City Hall in 2010 seeking $12 million in public money as part of a $31 million renovation of the aging ballpark, some observers wondered if taxpayers were about to get fooled again.

Soccer fans have made sure that didn't happen. New city numbers show the deal, like the Timbers and Thorns, has been a winner.

The city gets base rent of about $1 million, plus 7 percent of ticket sales with a minimum guarantee and an extra bonus if sales exceed that minimum threshold. Figures released by the city in response to a public records request by WW show Paulson has not only made the required payments, but has exceeded his minimum every year—sending the city more money in 2015 than ever before.

City Commissioner Amanda Fritz, the lone no vote in 2010, applauds the results. "I'm very glad to see the prosperity of the Timbers and the Thorns and the enjoyment of Portlanders who attend games," Fritz says.