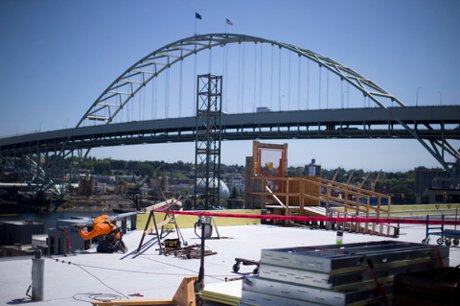 February's unemployment rate remained at 4.1 percent. It's been within a tenth of a percentage point of that number for more 14 months, according to revised figures issued earlier this month by the Oregon Employment Department.

The state's job market is among the nation's strongest. New federal data shows Oregon employment grew 2.7 percent in the 12 months ended in January, fifth-fastest among all states (Utah was tops at 3.1 percent with Idaho, Nevada and Washington all at 2.8 percent.) Oregon's private-sector growth rate was second only to Utah.

A broader measure of the state's unemployment picture, the U-6 or "underutilization" rate, fell to 8.0 percent last month – down from 8.3 percent in January. That figure, which captures workers who have dropped out of the workforce and part-time employees who would rather be working full time, is also near its lowest point in history.