According to the Metro government population forecast, the greater Portland metro area is forecasted to grow to almost 3 million people in the next twenty years. 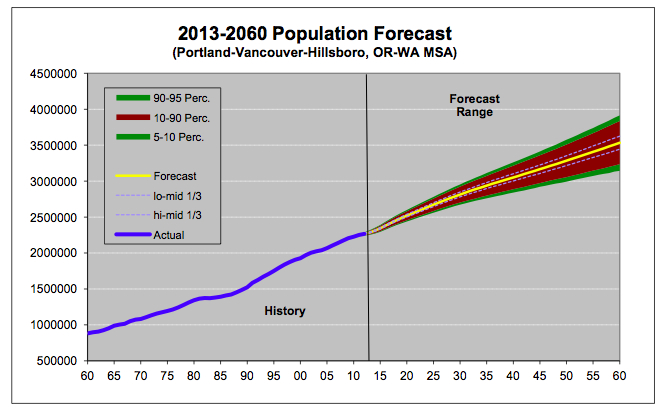 The main reason behind the Metro forecast is to help planners see if the Portland area's urban growth boundary lines need to expand to accommodate more development. The area covered by the forecast stretches far beyond the current growth boundary. It includes parts of seven counties, including two in Washington state. 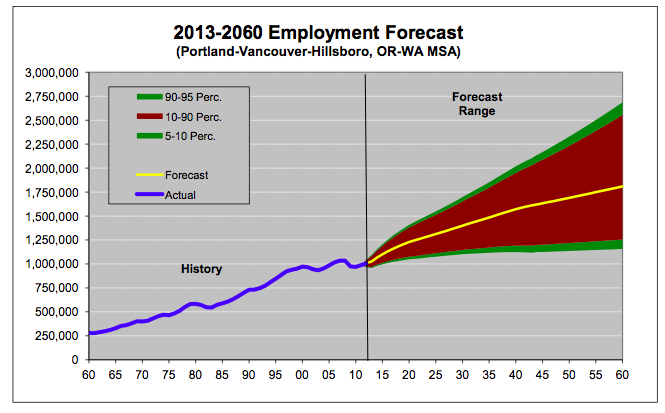 Oregon law requires Metro to ensure it has enough land inside the growth boundary to accommodate 20 years of growth. This 20-year forecast finds that birth and immigration rates will combine for growth much like the region has seen in the recent past. Planners expect between 600,000 and 750,000 more people, by 2035. Add that to the current 2.3 million people, and you’re close to three million.

Metro councilors will take up the forecast next month, as part of the urban growth report, one of the first steps in possible expansion of the growth boundary.