Portland Named Most Livable City in US

If you have ever lived, visited, or even heard of Portland, Oregon, it should come to no surprise to you that Portland was named the most livable city in the United States. Ranked by British magazine Monocle, Portland was the only United State's city to make the list, edging out our neighbors to the north and south, Seattle and San Francisco. 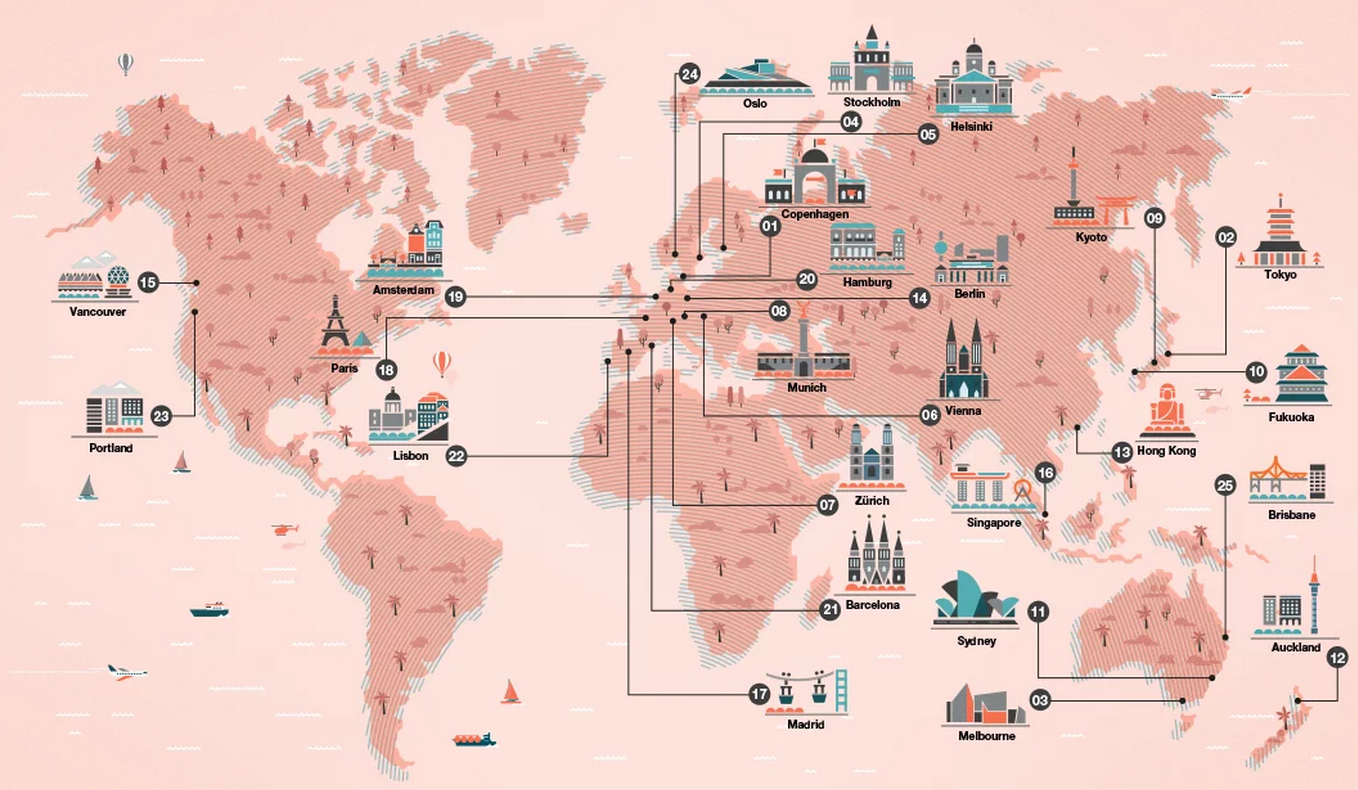 Monocle's Quality of Life Survey compared and ranked 25 cities across the globe based on data including crime rates, healthcare, state-funded education, and business climate. They also factored in a livability assessment that examined green spaces, cultures, sunshine, and local businesses.

Portland was ranked 23 out of 25 cities. According to Monocle, "Portland's healthy lifestyles and liberal outlooks lend residents a healthy and somewhat self-satisfied glow."

European cities made up the majority of the top 25, with a few Australian and Asian cities included.

Visit Monocle for a video of the full list.