A Southeast Portland bowling alley will be turned into a small-format Target store by July 2018.

The Minneapolis-based retailer confirmed Tuesday it had signed a lease for the building at 3031 S.E. Powell Blvd., currently the site of the AMF Pro 300 Lanes bowling alley. It will move in after a significant renovation.Image title

The bowling company has told media outlets that it plans to remain open through the end of its lease and perhaps longer. But the owner of the site, Vancouver-based MAJ Development, says it plans to begin renovating the building in August. 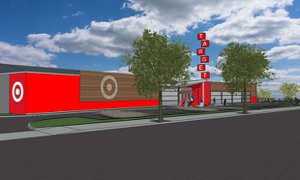 Target said the 32,000-square-foot store would include groceries, a pharmacy and other typical departments, and that customers will be able to pick up online orders there. Renderings show the building's exterior with a sign intended to evoke the alley's retro "BOWL" sign.

It's the company's second small-format store in the Northwest, following the downtown Portland Galleria location. It has 35 such stores in total, and plans to open 100 more over the next three years.

The store also will make use of the building's 100-stall covered parking garage.

It's not the first bowling alley in the city to be converted into a store for a national retailer. In 2014, Hollywood Bowl in Northeast Portland closed so its building could be turned into an Orchard Supply Hardware.