What to Look for in a Neighborhood in Portland 3

Traffic is also a big concern when choosing the right neighborhood. Portland may not have the worst traffic in the nation but it can't get pretty congested during rush hour. Typically the worst times to run the freeways are between 6:30 and 8:30 in the morning and between 4:00 and 6:00 in the evening. Portland traffic can be stressful and unpredictable so this might play a serious role in where you choose to live. There are however many back roads and through streets that work very well but you still have to deal with traffic lights. One good thing about Portland is that there is no one way to get anywhere; you can use numerous routes to get to the same place and many homeowners do. 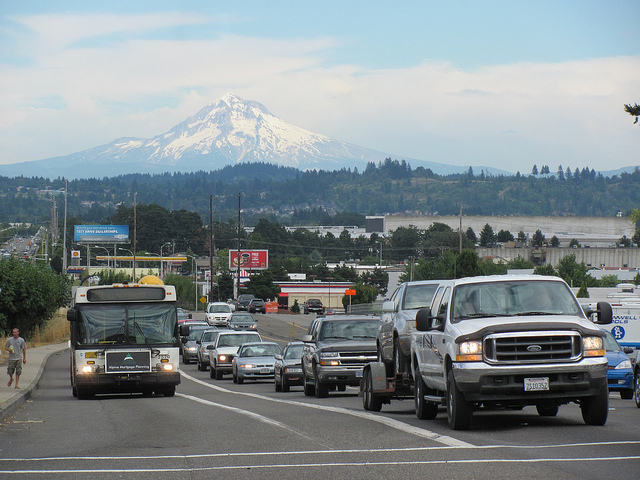 Many people say that if you're planning on going somewhere, especially during high rush-hour times it's best to leave at least 20 minutes ahead of schedule in order to get there on time. For this reason, many people that work in the downtown Portland Metro area choose to also lived there. There are numerous condominium buildings and smaller single-family home neighborhoods just across the river in districts such as Ladd’s Addition, the Lloyd District and Richmond. These locations make it ideal for choosing public transportation such as the light rail system MAX or even the trolley. There are numerous light rail stations throughout the Portland metro area running East, South, North and West. Also, if you plan on living in the downtown area there are great location for those that do not own a car.

Related: What you should know about moving to Portland

For those that do work in downtown Portland but live outside the metro area the most common routes is Highway 26 from Beaverton and Hillsboro or Interstate 5 from Tigard and Tualatin. Those that live in Lake Oswego typically take Highway 43 which can also be very congested along the Willamette River. Synonymous with traffic would be modern conveniences. Portland is doing a great job creating smaller communities and have everything a homeowner would need within walking distance or at least within a few blocks. Smaller neighborhoods such as Wilsonville, Tigard and Metzger are creating these micro-communities that have banks, markets, restaurants, shops, dry cleaners and just about everything you would need in order to maintain their lifestyle. Any major shopping would require either heading to Bridgeport Village or downtown Portland and the Lloyd District.  Image by Robert Ashworth Flickr

For information on these micro-communities or to find homes with in these neighborhoods please give me a call. 503-957-1179

Now this is something that has nothing to do with the general typography of the land. There's not much you can do when a particular neighbor moves into your community that no one likes or can't get along with. However, if you're planning on moving into a particular neighborhood it doesn't hurt to talk with the neighbors, find out about the community and if there's any complaints people have about living there.

Consider visiting the neighborhood different times of the day to find out if it's noisier when people are home, when people are at work, or in the evening. Ask your neighbors about the local police department, safety and crime and even the school district. Ask about local parks, modern conveniences and the general safety of the neighborhood. You might be surprised but most neighbors will be more than happy to offer tips, suggestions and the truth.

Related:Where is the BEST place to live in Portland?

There are numerous neighborhoods throughout Portland with excellent ratings, happy homeowners, and thriving communities. It does take a little bit of research on your part to find out which of these neighborhoods works the best for you, your budget and your family.