What to Look for in a Neighborhood in Portland

The Portland real estate market is booming and Portland is becoming one of the hottest places in the entire nation in which to live. People are moving here from the East Coast and there are more people moving into Oregon State then moving out. Of these relocating home buyers and movers, many are moving to the Portland metro area and surrounding neighborhoods and towns such as Beaverton, Hillsboro, Tigard and Lake Oswego. The Portland area covers quite a bit of territory east, west and south as well as numerous neighborhoods, districts, historical areas and up-and-coming regions. Whether you are looking for an historical, vintage home or you're more interested in a brand-new house in one of the newer suburbs throughout the Portland area, there are some tips to keep in mind when choosing the best neighborhood. 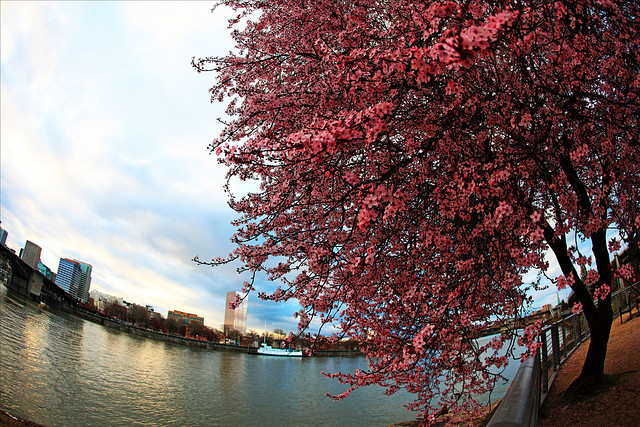 Now I need to make a disclaimer by saying that all neighborhoods are great in Portland and what classifies as the "best" to you may be completely the opposite for someone else. There are general consensus on what makes a neighborhood great but it also depends on the people, the businesses, the type of homes and the infrastructure. All of these can create amazing neighborhoods and it really depends on what you're looking for and your price range. We can certainly find something that meets your search criteria in your price range it just depends on how far outside of the downtown Metro area you're willing to go.

The Portland area has numerous neighborhoods perfect for families in grade school districts, pet lovers, walkers, those that prefer to not own a vehicle while living in Portland and those that prefer homes on the river or on the lake. Because we have such a good variety of properties, lifestyles and neighborhoods throughout Portland there's usually something for everyone. If you're planning on being less than an hour from the ocean, a home on Portland's West side might make the ideal neighborhood on your list such as Beaverton or Forest Heights. If you're looking for something close to the I-5, shopping and further down the road closer to Salem and Eugene, places like Tigard, Tualatin and Wilsonville might be more up your alley. Of course home prices vary depending on where you are anywhere from $150,000 for a smaller home to an $800,000 high-rise condominium in Portland's Pearl District.

But enough talk about what Portland has; let's discuss some of the issues that you might be concerned about when choosing the right neighborhood in Portland Oregon. Image by Ian Sane Flickr