Why is Portland Called PDX?

Portland Oregon has a lot of different nicknames and is sometimes referred to as the "City of Roses" or even "Rose City", but another popular nickname is PDX.

PDX is probably one of the most popular online and in print nicknames for Portland Oregon. It refers to the International Air Transit Association airport code for the Portland International Airport in the city limits. Many Portland businesses include PDX in their domain names to refer to Portland in the Portland area. 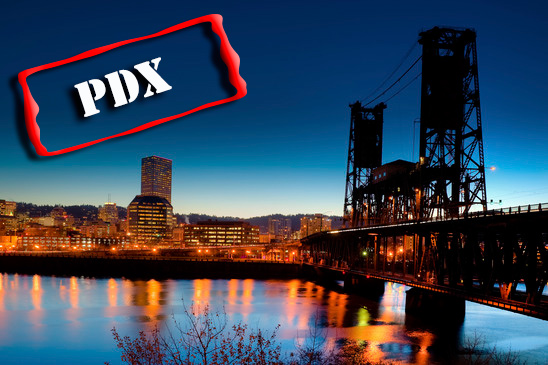 But this is not the only nickname for Portland even though it is probably the most common and the most well-known to locals and natives of the area.

Bridgetown or Bridge City is also a popular nickname for Portland due to its numerous bridges crossing are two main rivers, the Columbia and the Willamette.  All of these bridges spanned shoreline roads, paths or other shores and in total there are 11 bridges over the Willamette River and three over the Columbia, which separates Washington state from Oregon.

Other nicknames that are not quite as well known are P-Town, Little Beirut, do two processors that George H. W. Bush encountered during many of his visits, Beervana because Portland has more brewpubs per capita than any other city in the US and Rip City. This nickname is usually used in contacts of the city's National Basketball Association and the Portland Trail Blazers.

A local favorite was coined during a time of phenomenal growth in Portland in the mid-1840s. "Stumptown" refers to the sums of trees that were cut down to make way for roads and tell enough people could remove them. In some areas, the stumps remain for so long that locals whitewash them to make them more visible so they would be removed. Several locals use them to cross the street without sinking into the mud and during the 1850s, people stated that there were more stumps than trees in Portland.

However, PDX is probably one of the most common and is still used today for many businesses, references to the Portland area, and of course the airport.

These are things you should know you're planning on moving here or just want to sit in a little bit more like the locals. Ready to get started looking for homes in Portland? Give me a call today.

5 Reasons you should still move to Portland

The 10 Best Neighborhoods in Portland

10 Questions to Ask if You're Buying New Construction

Was this transcribed from voice to text...?

How does something like this escape an editors approval? Learn to spell!