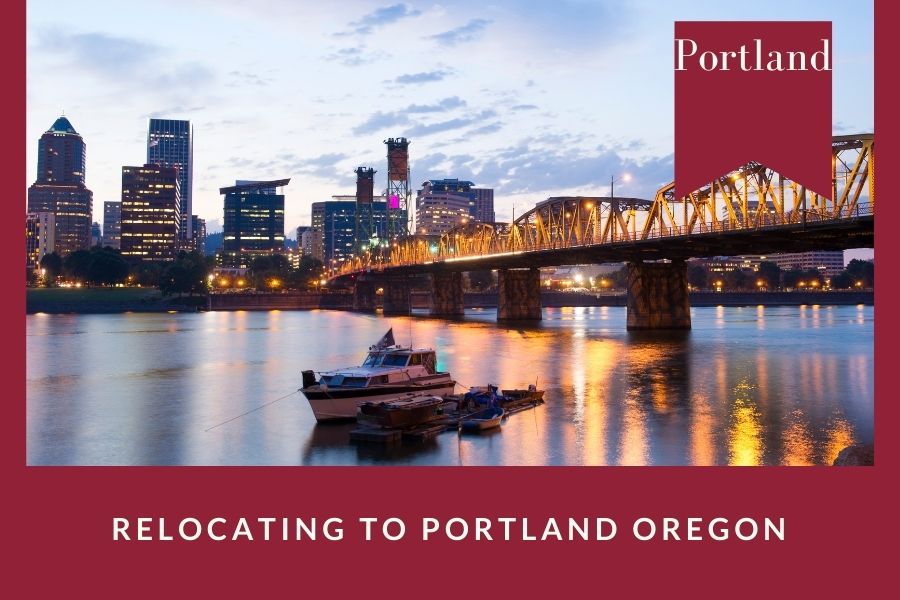 When it comes to moving out of state, there are basically two types of people: Those who just wing it, and those who prefer to prepare and avoid unnecessary problems and stress. Whatever your reason for moving, take some time to understand the practical, economic, and social dynamics of the city of Portland. You’ll be better equipped to bring a positive impact on the future of our sweet city. Portland is a top relocation destination for many people, moving from all over the country. Portland is known for being a friendly town where people are nice to strangers. Portlanders pick the neighborhood in which they live based on their lifestyle.

The real estate market continues to boom, but most residents can’t afford to buy. Some folks prefer a cosmopolitan vibe with as many nearby amenities as possible and some prefer to liver farther out, in as rural a setting as possible. Portland has no sales tax and Portland has no county sale tax, city sales tax, or special rate which means literally everything you buy in Portland will be tax-free.

Job growth remains steady and Portland’s unemployment rate keeps dropping. There are great jobs to be had, but your ability to land one depends a lot on what you do. With a thriving remote workforce, you don’t need to hold out for the perfect job before moving to Oregon’s largest city. Portland's workforce currently boasts the fourth-highest share of remote employees looking for a vibrant city to live in.

Long, wet winters are the norm in Portland and all of western Oregon. From October through May, Portlanders deal with rainy gray days for weeks on end, and most winters bring at least one snow or ice storm that will shut down the city for a few days. In the summer, you can float the Willamette River or enjoy several fountains and splash pads all over the city to cool off on hot days. A few parks offer beach areas.

You won’t see a lot of chain stores in Portland. Instead, you’ll find a dazzling variety of local businesses. From grocery stores to clothing boutiques, local coffee roasters to breweries, and the greatest food carts you’ll find anywhere, local is the way to go for Portland people. Respect for the environment is strongly encouraged. Recycling is the norm and has been for decades.

Portland has plenty to see and do, from bars to biking and museums to keep you busy year-round. Add the Portland Art Museum, Pittock Mansion, and Oregon Museum of Science and Industry to your list. When you’re new to Portland take the time to check it all out.

What is Portland Known For? 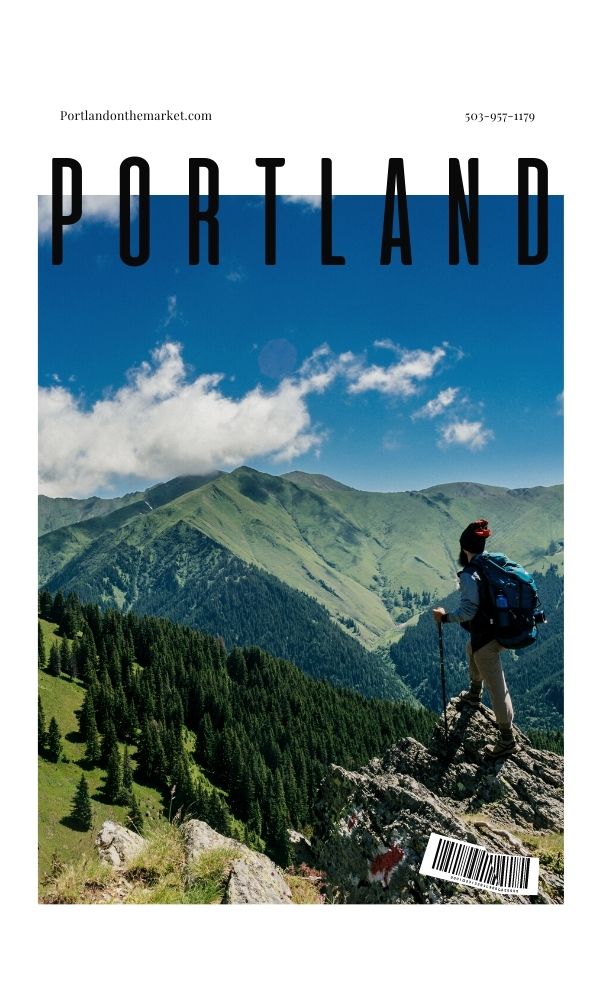 Portland is a diverse city with lots to see and do. It’s well known for many things. If you’re looking for a place to travel, and you have your mind set on somewhere that is filled with rich history, beautiful scenery, and delicious food, look no further than the gorgeously weird city of Portland, Oregon.

The bridges on the Willamette are some of the defining features of Portland. The river is wide and imposing, and so are the majority of these monuments. Although we might take them for granted nowadays, going from one side of the city to the other wasn’t always easy. Before the Morrison Bridge was completed in 1887, the river was crossed by ferry.

Portland is kind of small to have a subway. Yet such a progressive-minded city just had to have a comprehensive public transport network.

The fact remains, though, that Oregon is one of five U.S. states that levies no sales tax altogether.

Portland, like Seattle and Boulder in Colorado, has implemented something called an urban growth boundary, which aims at limiting urban sprawl and protecting forest land at the same time. Portland recycles about 70% of its waste, extracts 60% of its power from hydroelectric sources, and has the highest rate of bike commuting in the country.

Washington Park is the go-to leisure area to the majority of Portlanders. Not only does it boast more than 24km (15mi) of hillside trails, it also houses the Oregon Zoo, the Portland Japanese Garden, the Hoyt Arboretum, and even its own railroad.

Portland is known for the river that divides it in two. But the Willamette is really a tributary of the majestic Columbia River, which it joins at the northernmost end of town. This huge waterway marks most of the border between Oregon and Washington.

Portland is known for its thriving art scene, and the area around Alberta Street is the center of it all. It went from a working-class district to skid row, to a gentrified neighborhood in little more than a century.

Nothing screams Portland any louder than the oldest open-air handicrafts market in America. Founded in 1974, it has up to 400 stalls and is the best spot to get a one-of-a-kind, artsy souvenir from the city.

The market takes place in the city’s Old Town Chinatown and has been one of the main sources of revenue for the struggling neighborhood since it first opened.

A food truck or cart is a rare sight in almost every American city, but of course, the opposite is true in Portland.

Portland’s definitely among the coolest and most unique cities in the United States. If you're ready to start exploring Portland homes for sale, start here!

The BEST of riverfront living from the NW corner of Atwater Place.Fabulous views of the West Hills, colorful views of the Tillicum Crossing Bridge. Floor to ceiling windo...

Dialed in and ready for you! This 1958 ranch with full basement is move-in ready.Fresh paint in & out, gleaming hardwoods,gorgeous unpainted woodwork & double hung windo...

Have you been waiting for the perfect Laurelhurst home with a cherry on top? This one has it all! 4 beds/4 baths+office+den+fam rm. Gorgeous orig features: hardwd flrs, m...

Capturing spectacular southwest views of the Willamette Valley, this 1964 contemporary daylight ranch does not miss an opportunity to inspire. From hawks soaring above to...

The content relating to real estate for sale on this site comes in part from the IDX program of the RMLS of Portland, Oregon. Real Estate listings held by brokerage firms other than this firm are marked with the RMLS logo, and detailed information about these properties include the name of the listing's broker. Listing content is copyright © 2023 RMLS of Portland, Oregon. All information provided is deemed reliable but is not guaranteed and should be independently verified. This content last updated on . Some properties which appear for sale on this web site may subsequently have sold or may no longer be available.
Like or Share
Loading likes...

Looking for the perfect home in the perfect place? Chances are you'll want to check here first.

Check out what's happening in the Market